“Be true to yourself. Have your own North Star and goals to achieve. Don’t let the outside influences derail you.” 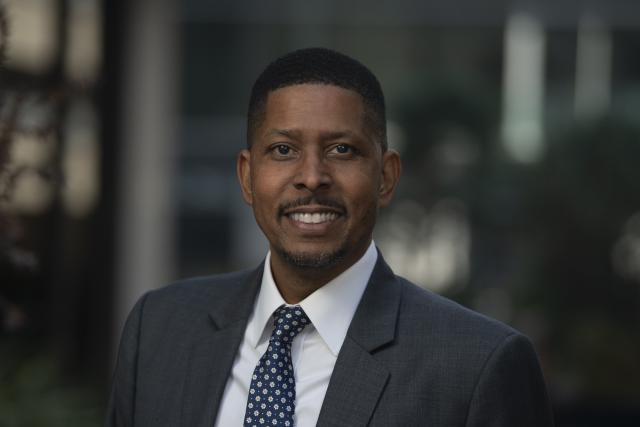 Carlton Hill joined Union Bank in 1993 as a Financial Services Representative and has worked his way up the ranks ever since. From being selected to work abroad in the company’s Japanese exchange program to refining his skills at the Pacific Coast Banking School, Carlton has capitalized on the opportunities that propelled him to where he is today—while always remaining grateful to those who helped him succeed.

As an African American who grew up near Orange County, Carlton went to a high school with only seven Black students prior to transferring to the local public high school. Despite this fact, Carlton didn’t feel like race was as much of a role in his early life as the push for a great education. Having come from a long line of medical professionals, his parents taught him how important it was to become a college graduate. “You’re not big enough to work construction,” his mother joked. Even when Carlton realized Pre Med wasn’t the right direction for him, his parents continued to inspire him to study hard and seek out his own path.

His mother also gave the early advice that, “as an African American, there may be times when you have to be better than who you’re competing with to get the same opportunity.” Carlton took this to heart—and realized that, to achieve the professional success he was looking for, he needed to be observant of the people who were succeeding in his company. He watched who was being promoted and paid attention to their career trajectories and what tasks they took on. Then he put in the effort to emulate their successes—and worked even harder to define his own path.

A path that would fortunately lead Carlton to Union Bank.

Yet despite nearly three decades of loyal service at Union Bank, the one thing Carlton refuses to do is rest on his laurels. He finds it to be incredibly important that he create a clearer path for the next generation of African American professionals. “I do hope I’ve set a standard and an expectation so that other Black people can achieve success in their careers,” he says.

Even if that success means finding a new career altogether.

In fact, Carlton sees one of his greatest accomplishments as encouraging a teammate to leave Union Bank and follow his heart. Noticing his colleague’s interest in aviation, Carlton encouraged the man to become a Commercial Airline Pilot. Now, when his former teammate flies into town, he shares the story of Carlton “changing the direction of my life” as they reconnect over dinner.

“That fills my bucket,” beams Carlton. “I introduced him to his passion.”

Its his own passion for community and helping others achieve their dreams that make Carlton Hill a shining example of what Union Bank stands for.