When Elizabeth Avila was ready to be born, there was something her mother, Maria, insisted on doing before rushing to the hospital.

“We have a video of her making a six-story cake and having labor pains,” Elizabeth says with a laugh. “She would grab the table to steady herself for a contraction, add some more whipping cream to the cake, then grab the table again.”

The cake was for Maria’s business, Panchita’s Bakery, a family-owned small business in San Diego that specializes in Mexican pastries. 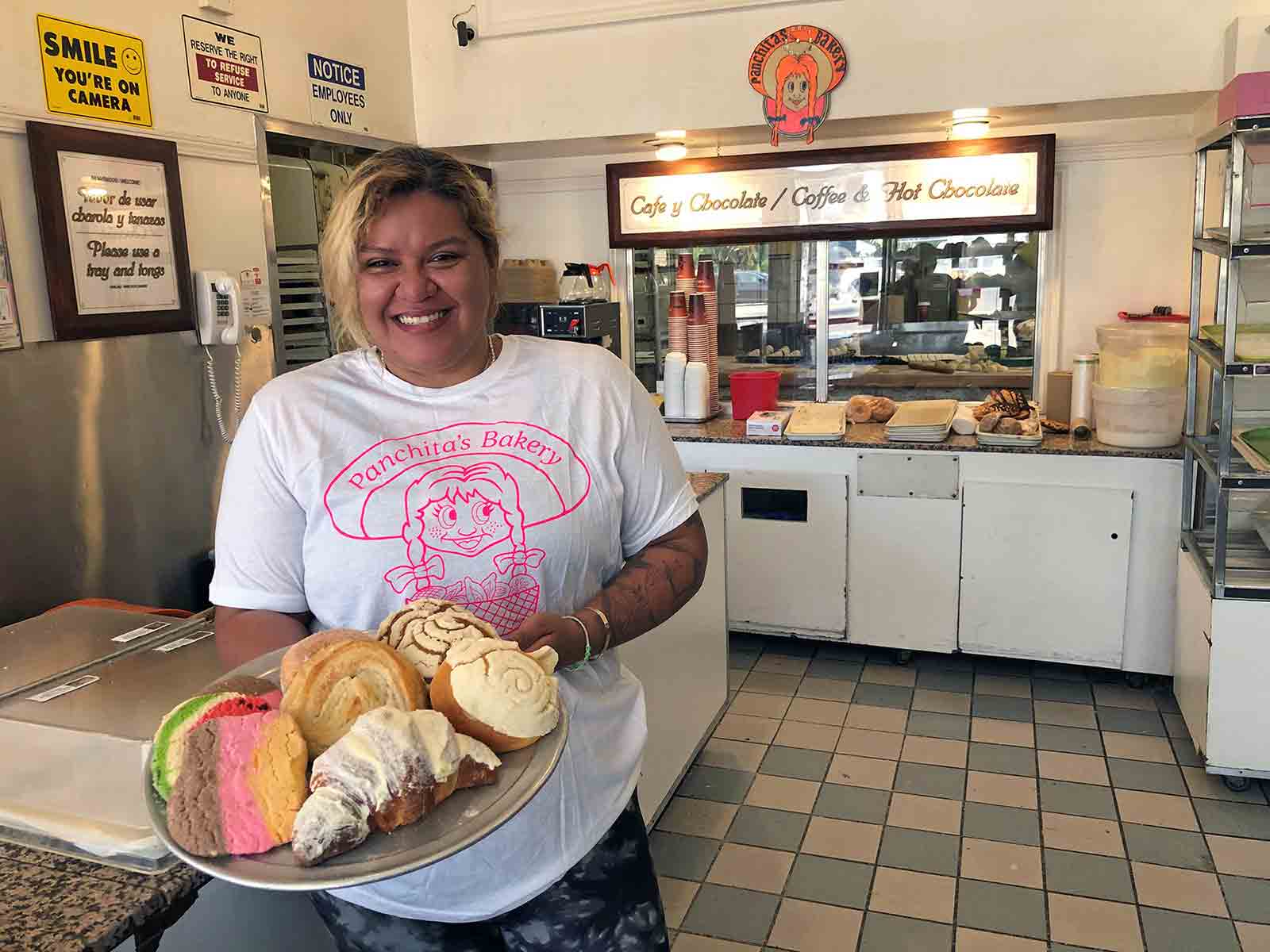 Flash forward 31 years and now it’s Elizabeth who’s running the family business as general manager of Panchita’s Bakery, which has three locations in San Diego. A fourth location, Panchita’s Kitchen & Bakery, serves Mexican food in addition to the pastries and is managed by Elizabeth’s sister, Kizzy.

Since the first location opened in 1983, Panchita’s has built a loyal following of clientele from the neighborhoods it serves -- and beyond.

Panchita’s also sells cakes that are popular for weddings, graduation parties, and other special events, she says.

Adapting for the pandemic

When the COVID-19 pandemic hit, Elizabeth quickly realized Panchita’s would need to change. Until the spring of 2020, Panchita’s was a self-serve bakery where customers would enter the shop, use tongs to select the items they wanted, then take those items to a cashier to make their purchases.

“We’d been doing it for 38 years but we knew we had to change that so we could keep our employees and our customers healthy,” Elizabeth says.

She moved all of the products to the window so that customers could make their selections without entering the shop, giving their orders to cashiers who package up the items.

“Some people complained about not being able to come inside anymore, but most of our customers told us they felt safer this way and liked the change,” Elizabeth says.

While many businesses in the service industry have struggled to keep workers, Panchita’s has been able to retain 27 of the 28 employees it had when the pandemic began. Elizabeth says this is partly because many of the employees have been with Panchita’s for years and are very loyal, and partly because she worked hard to accommodate people as their home schedules changed.

“We have a lot of women who work here, and their childcare shut down or became too expensive for them as places raised prices,” Elizabeth says. “We just decided to ask everyone what hours they could work, and we were flexible with them. A lot of them have been with us for 10, 20, even 30 years, and we wanted to take care of them.”

She also changed her approach to staffing the three locations she manages, no longer having employees work at different locations as needed and instead having teams dedicated to each location.

“That way, if someone got sick, we could shut down only that location,” Elizabeth says. “We found that having people dedicated to one location also made them take more pride and initiative in making that store shine.”

Maria opened her first Union Bank account when she opened the first Panchita’s location in 1983, and the family has stayed with the bank ever since.

“Union Bank is the best bank; I truly believe that,” Elizabeth says. “The people at Union Bank have helped us whenever we’ve needed it. We’ve always had great relationships there.”