When Tim Mays opened his Vinyl Junkies record store in San Diego in 2017, he already had deep roots in the music business and San Diego music community, having co-founded and run legendary live music club The Casbah since 1989. 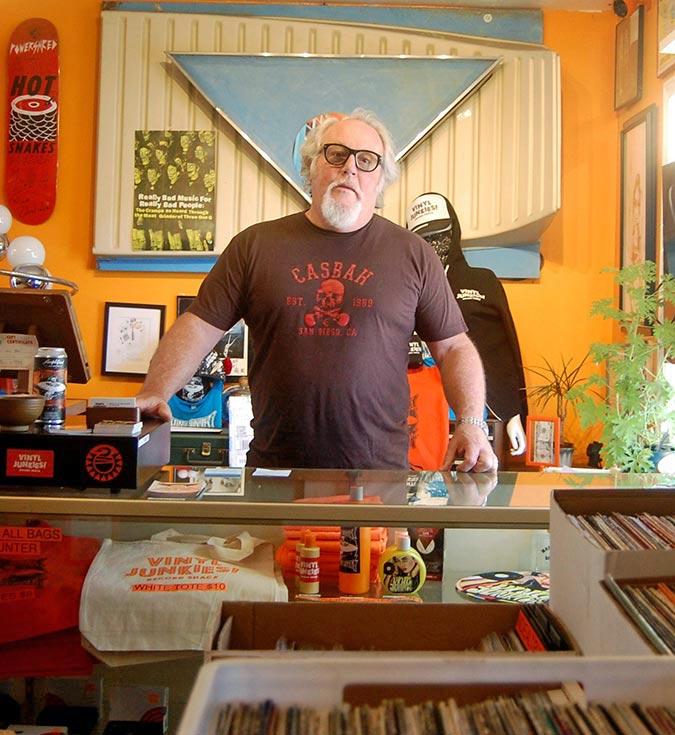 Vinyl Junkies began as a quarterly record swap at the Casbah a few years earlier and had outgrown that setup and moved into its own storefront. About 60 percent of sales are used records, and a small number of cassettes and compact discs, while 40 percent are new.

“Sales have gotten better every year since we started,” Mays says. “The store has gained a lot of recognition in San Diego and all over.”

Then the COVID-19 pandemic hit and the store had to close due to shut-down orders. Cue needle-scratching-record sound.

“We started doing mail-order and online sales when the store was closed,” Mays says. “We did OK as far as sales, but it was a lot more work to package and mail purchases to people.”

“I kept bugging Robert before the program went live, asking him when I could apply, and he was really great,” Mays says. “He made sure that I got all the documents that were required, and all four of my applications were approved in the first round.”

For Vinyl Junkies, Mays used the PPP funding to pay rent, utilities and payroll for the employee who was fulfilling online orders.

As health orders changed, Vinyl Junkies was able to open for window service, enabling customers to make purchases without entering the store. Then the store was able to reopen with a limit of five customers inside at a time, and Mays brought his other employees back.

“Business has been doing really well,” he says. “We’ve had months that were comparable to some of our busier months last year.”

Mays has also been using the lot next to Krakatoa to occasionally host a Vinyl Junkies pop-up store complete with DJs, food and drinks.

“The PPP funds helped us withstand the downturn in business on all fronts,” he says. “We’re breathing OK and not worried about how we’ll pay rent or how we’ll pay our employees. It’s a good thing all around.”

Mays, who has been banking with Union Bank since 1990, says he opened his first account because he had a good friend who was a teller at the Fourth & Laurel branch.

“I liked the idea that I could go in and there’d be someone I knew who could help me if I had an issue,” he says.

As he has expanded his business holdings, Mays has kept all of his business and personal accounts with the bank.

“Over the years, I’ve gotten to know a lot of people who have worked at the branch and I’ve always been treated well. I like being able to walk in and someone knows my name. It’s a good feeling.”