When Tom Tierney was a child, his parents’ passion was to prepare Tom and his two siblings for a better future than they had experienced in a post-Great Depression era.

“My father was an hourly factory worker who labored in overtime, midnight shifts, and odd jobs to support us,” Tierney said. 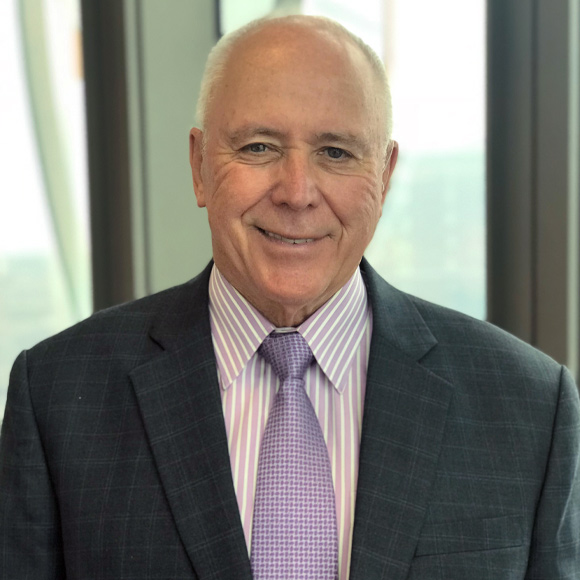 At his parents’ strong urging, Tierney enrolled as an academic trial student at Wayne State University in Detroit, where he was born and raised. He made the grade and became the first in his family to graduate from college, also receiving a commission in the United States Air Force.

Years later, Tierney was honored as a Wayne State Distinguished Business Graduate. The historic Alumni House, now Tierney House, was named in gratitude of the philanthropic donor for his generous support of the university.

During the Vietnam War, Tierney served in the Strategic Air Command at Offutt Air Force Base in Omaha, Nebraska, where his duties focused on logistics support of advanced U-2 and SR-71 reconnaissance aircraft, as well as emerging drone technology and employment, he said.

After Vietnam, Tierney was assigned as a Pentagon Research Associate at the RAND Corporation think tank in Santa Monica, California, where he worked alongside future Secretary of Energy and Defense James Schlesinger and other thought leaders.

“We were a private label company and our customers included Costco and many national brands,” Tierney said.

When Vitatech’s founder passed away, Tierney was made CEO and guided the company to significant growth and industry recognition. He led Vitatech for 44 years before selling it in 2015.

Tierney and his wife, Elizabeth, have participated in philanthropic activities for many years. They both served as trustees at the University of California Irvine, where the chancellor’s house is now named after them.

With approval from the University of California Board of Regents, these strategic philanthropic donors established the first lifetime endowed Chair in Global Peace and Conflict Studies at UC Irvine. Together, Tom and Elizabeth have funded more than 100 student scholarship across all disciplines.

Their community engagement continued as Tom and Elizabeth served as co-chairs of the successful campaign to build the 488,000-square-foot UCI-Douglas Hospital, making a seven-figure donation of their own to ensure its success.

Continuing to invest in the community, Tom and Elizabeth also established the Tierney Center for Veteran Services, a strategic component of Goodwill of Orange County that serves military veterans and their families in career transition.

“My passion has been to look at constructive activities in the community that need leadership to achieve their goals,” Tierney said. “So many organizations have a kernel of a good idea and all they need is experienced nurturing to grow and fulfill their potential.”

Tierney has been a Union Bank client for more than 30 years. He worked with the Union Bank Commercial Banking group when he owned Vitatech and has been a longtime Wealth Management client as well.

“Thanks in part to Union Bank, we are financially secure today,” Tierney said. “We have resources that allow us to support community interests.”

Tierney partners with banker David Chavez, who he met in 2009.

“All relationships are about people, and I met David when he was providing leadership for diabetes research funding at UC Irvine,” Tierney said. “I admired his skills and dedication. He was a guy who came out from behind his desk to work for the community. I thought that if he reflected the character of Union Bank, I would be secure in my financial planning.”

Today Tom and Elizabeth own a ranch near Sun Valley, Idaho, where they have over 20 Peruvian horses, many of them national champions, he said.

Their philanthropic activities continue. Elizabeth serves as president of the Argyros Performing Arts Center in Ketchum, Idaho, and they are involved in charity outreach for Mountain Humane, Idaho’s first no-kill animal shelter for dogs and cats.

“It’s a wonderful facility that sets a national standard for animal care and respect,” Tierney said.

Tierney said he plans to continue serving the community in different ways.

“Everybody has an expiration date,” he said. “I don’t know when mine is, but I really want to make sure that the legacy I leave isn’t about conspicuous consumption but of healing and vitality for people and the planet. Through strategic giving, I want to help ensure that together, we have a promising future.”