About 50 years ago, Manuel Cornejo left his wife and daughter in Mexico and traveled to Southern California, in order to build a new life for his family.

“He came to Fillmore (near Los Angeles) and loved it at first sight,” says Manuel’s daughter, Francisca. “He got a job working in the fields. He loved the orchards and being able to work standing up. He was a very hard worker.”

As Manuel established himself in Fillmore, he brought his wife, Maria, up from Mexico, and then Francisca. Later, the Cornejos gave birth to another daughter, Gloria.

When Gloria was born, Manuel was in the process of starting his own business. He was a hard worker and the owner of the orchard where he worked let Manuel use a piece of the land to grow corn, Francisca says.

The corn stand expanded to include oranges and other citrus fruits, and Cornejo Produce continued to grow and grow.

“We now have over 200 acres and about 10 employees,” Francisca says. “It’s a family business and we’re very proud to be part of this community.”

The family has grown over the years, with Francisca having a son who works for the family business and Gloria having five children. Francisca graduated from UC Santa Barbara and Gloria earned her degree at UCLA. Some of their children are attending college now.

The family is also active in local church and school programs.

The Cornejo family began banking with Santa Barbara Bank & Trust in 1993 and continued the relationship when that bank was acquired by Union Bank in 2012. The entire family has business or personal accounts with Union Bank. 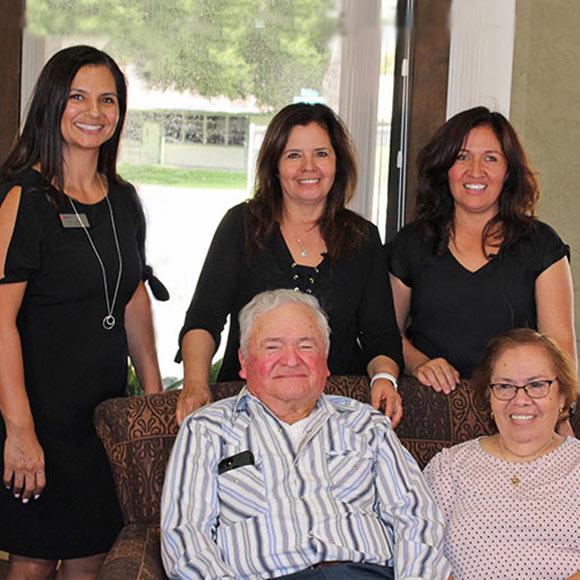 “We’re so blessed to have this bank here,” Gloria says. “Everybody is so nice. Every time we come in the door, they call us by name. They know what’s going on and are always ready to assist us with whatever’s going on in our business. We’re friends and feel like part of their family as well.”

The feeling is mutual, says Berta Vassaur, Branch Manager of the Fillmore branch. She has been serving the Cornejos since she came to the branch in 2006.

“Everyone at the branch loves working with them,” Vassaur says. “I’ve had different staff throughout the years and we’ve always had a connection with the Cornejos. We treat them like family and they treat us like family.”

Vassaur and her staff even do their own personal shopping at the Cornejo Produce stand.

“They have all kinds of fruit and vegetables, everything you can imagine, including the biggest and yummiest avocadoes plus nuts and dried fruits,” Vassaur says. “We love it.”

Francisca says the family’s relationship with Union Bank has stood the test of time.

“Union Bank is wonderful,” she says. “This is the best banking experience we’ve ever had. This is our home and I feel that everyone who comes to this bank, no matter who you are, feels happy to be here. It’s very uplifting. From the deepest part of our heart, we thank everyone on the team.”