About 30 years ago, Loraine and Bill Simpson were starting a business and, on something of a whim, Loraine made a decision that led to a longtime Union Bank relationship that has grown significantly in the years since.

“I was driving down the strip in Sunnyvale and heading toward our former bank to open our first business checking account,” she says. “I saw Union Bank and it had a big sign out front that said ‘Free New Business Checking.’ It jumped out at me and I wasn’t that thrilled with our bank, so I went in there.” 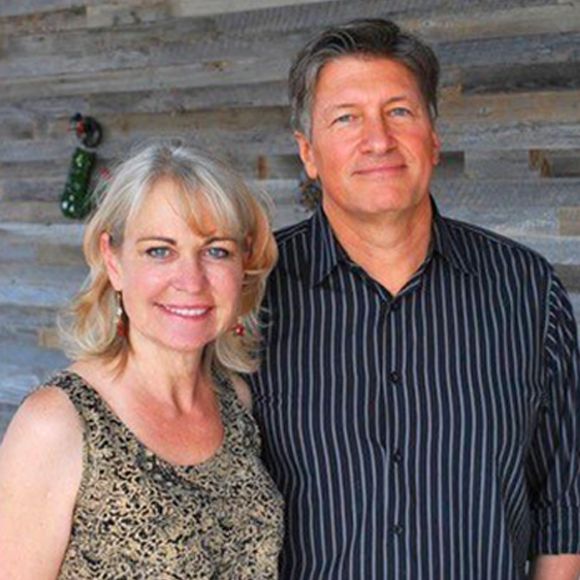 The Simpsons, a couple of engineers and self-proclaimed “nerds,” were starting a business building satellite ground systems for the government. After opening a business checking account, they later partnered with Union Bank on a line of credit.

“It was scary because we put in a second mortgage on our house and we had two young kids,” Loraine Simpson says. “That made us nervous, but Union Bank provided a good line of credit.”

The business expanded tremendously in the coming years, with a staff of about 50 employees at its peak.

“As the business grew, we started putting in some big deposits,” Simpson says. The Union Bank colleague managing Simpson's relationship, along with other team members from various areas of the bank and the bank's broker-dealer subsidiary, talked to the couple about their overall relationship and they ended up opening brokerage and investment management accounts.

“We did a little bit of investing, dipping our toes in the water,” she says.

“Our business continued to grow and we started getting more substantial wealth,” Simpson says. “We sold the business in 2008 for quite a bit and wanted to learn more and invest better to use the money as we were toying with retiring.”

At this point, Loraine was doing her banking at the Union Bank branch in Pleasanton, in the San Francisco Bay area, with a personal money market account. In 2014, the Pleasanton Branch Manager, Diana Hock, introduced Loraine to a colleague with The Private Bank, who began introducing Loraine to the services The Private Bank provides.

“I’ve always been impressed with all of the customer service at Union Bank,” Simpson says. “Whenever there have been problems – my kids have lost debit cards, my son’s card was eaten by a machine in Malaysia – Cheryl has helped right away.”

After Loraine attended one of The Private Bank’s Women in Wealth events in 2018, Cheryl introduced her to Private Wealth Advisor Darrell Claridge.

“I’d met Darrell and seen how he reviews trusts,” Bates-Rhoades says, “and I knew he could help Loraine.”

Claridge reviewed Simpson’s trust and that led to the Private Bank team developing a strategic wealth plan as well.

“During that time, we demonstrated a high level of specialized knowledge and showed her that we really work on our clients’ best behalf,” Claridge says.

Simpson now has all her trust investments with Union Bank.

“You’re doing that and still doing our little checking account, and I’m thrilled,” she says.

Simpson says she is impressed by Claridge’s knowledge and expertise.

Claridge introduced Simpson to others on The Private Bank team.

“It became a team and not just one Private Wealth Advisor who I was working with where I didn’t know who was in the back room,” Simpson says. “It was nice to feel that there really was a team of people and Darrell was great about explaining everyone’s roles.”

“I hadn’t had that kind of team service before, and that’s what brought me back to Union Bank.”