When Norman Tu started a business copying software on floppy disks in 1982, he realized a dream he’d had since he was a child — to own his own business. 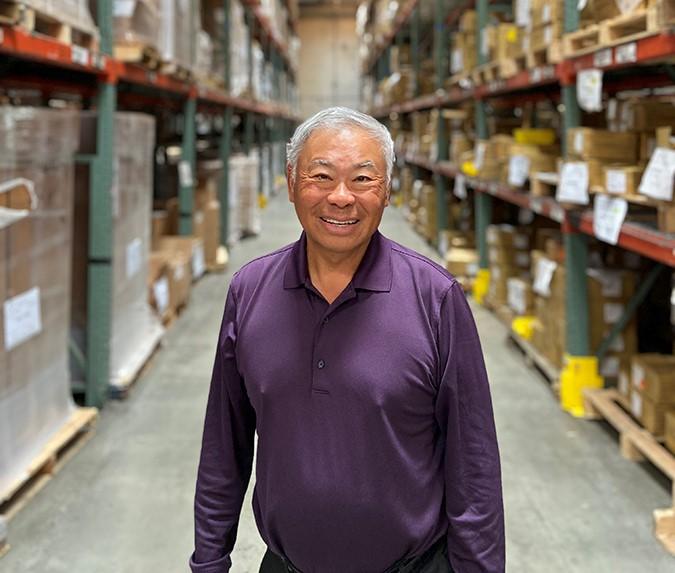 Tu took some of the money he and his wife, Antonia, saved while he had worked for 13 years in the corporate world — first for Xerox and then for Hewlett-Packard — and some that his extended family invested, and launched his business.

At the time, software was still sold on floppy disks. A friend of Tu’s who had started a business selling spell-checking programs told him there was a market to provide disk-copying services.

“He said he hated spending all day selling his software and then having to spend all night making copies of it in his garage,” Tu says. “He gave me my first contract and he really appreciated the service.”

Because he didn’t have a lot of money for marketing, Tu gave the business a self-descriptive name, DisCopyLabs, and opened shop in Menlo Park near San Francisco.

As personal computer use grew and software became a mainstream product, DisCopyLabs enjoyed strong growth for the next 15-plus years. The business moved to Santa Clara and added packaging, warehousing, and distribution services, delivering software to retailers like Fry’s Electronics and Walmart, as well as directly to consumers.

Tu landed major contracts serving huge customer bases. If you bought Symantec’s Norton Antivirus or a game from Electronic Arts in the 1980s or ‘90s, it was probably copied and packaged at DisCopyLabs.

“The business was booming then,” he says. “In the late 1990s, there were about 50 competitors in the space.”

Also at that time, more and more people were downloading software over the Internet rather than buying it on disks. Tu realized that the days were numbered for his business as he knew it.

Tu assessed his company’s strengths and decided to provide logistics services similar to what Amazon does, warehousing products and fulfilling orders for companies that sell online. He changed the company name to DCL Logistics, converting the original DisCopyLabs name to an acronym to stay connected to the company’s heritage.

“It was painful at first because when you’re pivoting, people think of you in one way and they don’t take you seriously in the other,” he says. “I was competing with companies who’d been doing logistics for years and were well known.”

Today, the company has about 200 permanent employees and, depending on the time of year, another 200 to 600 temporary workers. It has about 80 customers, including names such as Johnson & Johnson and GoPro. DCL has five facilities, including one in Louisville, Ky., and over 600,000 square feet under management.

Norman and wife Antonia are very involved in the Asian community. For more than 30 years they’ve supported Self-Help for the Elderly, which provides support to seniors in the San Francisco Bay area, and have served as fundraising chairs for the organization. They also support the Angel Island Foundation and ChiAm (Chinese American) Circle in its annual scholarship program for high school graduates.

The Tus are supporters of the Krause Center for Innovation at Foothill College in Los Altos and Asian Health Services in Oakland, and they have set up endowments for scholarships at UCLA and Chico State University, where Antonia and Norman attended college, respectively. In 2019, a Tu family endowment in honor of Norman’s mother was established at the University of Nebraska Medical School to enable medical students from China to study in the United States.

“I came from humble beginnings and was given an opportunity, so it’s important to my wife and me to give back to the community,” Tu says.

Tu has been a Union Bank client since 1989 and has stayed loyal to the bank because of the service he receives.

“It’s been a great partnership and we have great relationships with our bankers,” he says. Logan Taylor, the Relationship Manager who serves Tu, partners with Ivette Vasquez, Peter Aquino and Gilbert Melgoza of UnionBanc Investment Services to provide depository and real estate lending, investment services and more.

“I think the service they provide is key to the relationship and its longevity,” Tu says. “I get calls all the time from other banks soliciting my business because I’m on the radar now, but I’m happy with the service I get from Union Bank.”