Union Bank will hold a groundbreaking ceremony at 2:15 p.m. July 28, 2021 for its La Mesa branch— 14 months after the original building burned down during the May 2020 protests over police violence against Black and African Americans.

Finding resiliency after a challenging year

The past year has been challenging for the La Mesa community. On May 27, 2020, two days after police killed George Floyd in Minneapolis, a La Mesa police officer, who was later fired over the incident, was captured on video using force to detain a Black man. On May 30, protests that began peacefully turned violent, with the Union Bank branch and another building being burned down, and other businesses vandalized and looted.

While a temporary Union Bank branch opened January 26, 2021, the bank is excited to break ground on a permanent branch building.

“Union Bank has been proud to call La Mesa home for nearly 100 years and remains committed to serving the needs of the community,” says Hill, the La Mesa Branch Manager. “We will continue to make important steps toward investing in the growth of this community.”

A Bank built for today and the future

From the structure itself to the features inside it, the new branch will be built for the needs of the La Mesa community today and in the future—one that not only celebrates the people Union Bank serves but caters to what they value. 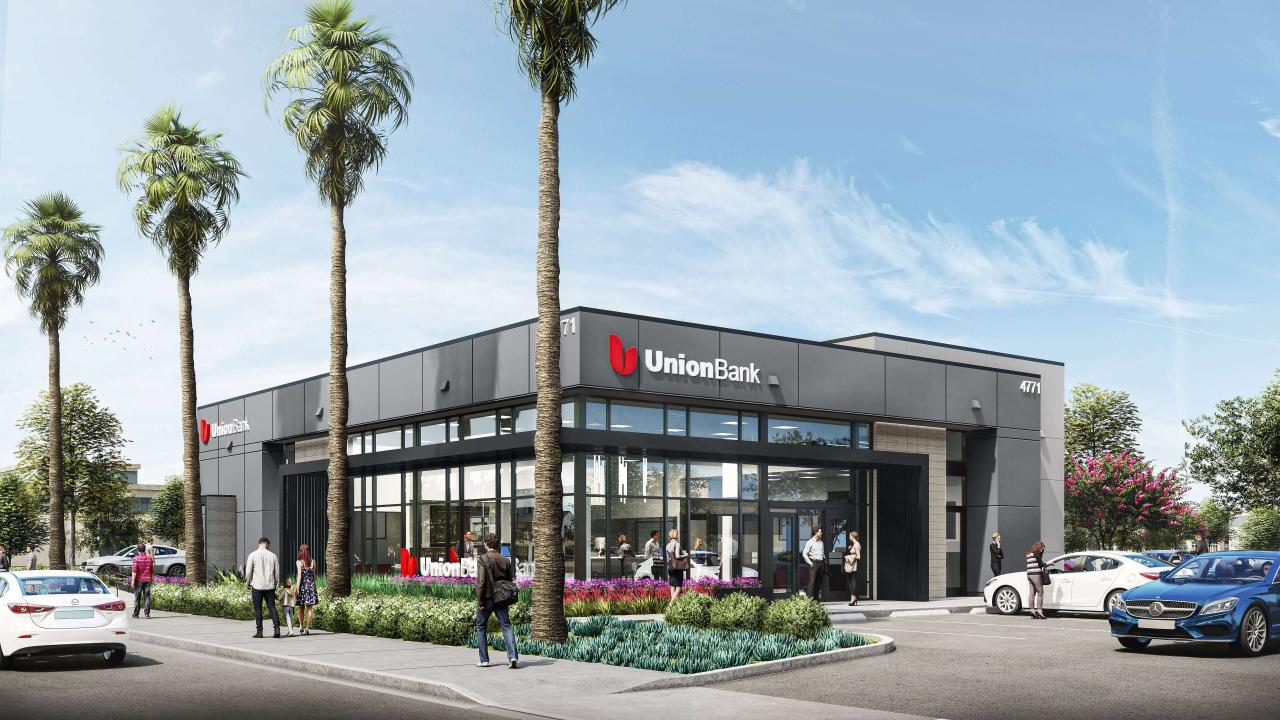 Inside, the branch will once again feature Union Bank Express Banking kiosks for clients looking to quickly take care of simple transactions. Designed for comfort, it will also feature a business hub where clients can charge their mobile devices while they meet with a Small Business specialist and a hospitality bar where they can enjoy a cup of coffee or cold beverage.

The interior of the new branch will be a direct reflection of the resilience, perseverance and heart of La Mesa. After the branch burned down last year, local residents created artwork and wrote messages on banners to inspire hope. One of the pieces, featuring the message “All you need is love” by Aviana Dobesh, a 5-year-old La Mesa resident, has become a focal point in the temporary branch and will be incorporated into the permanent branch’s design. 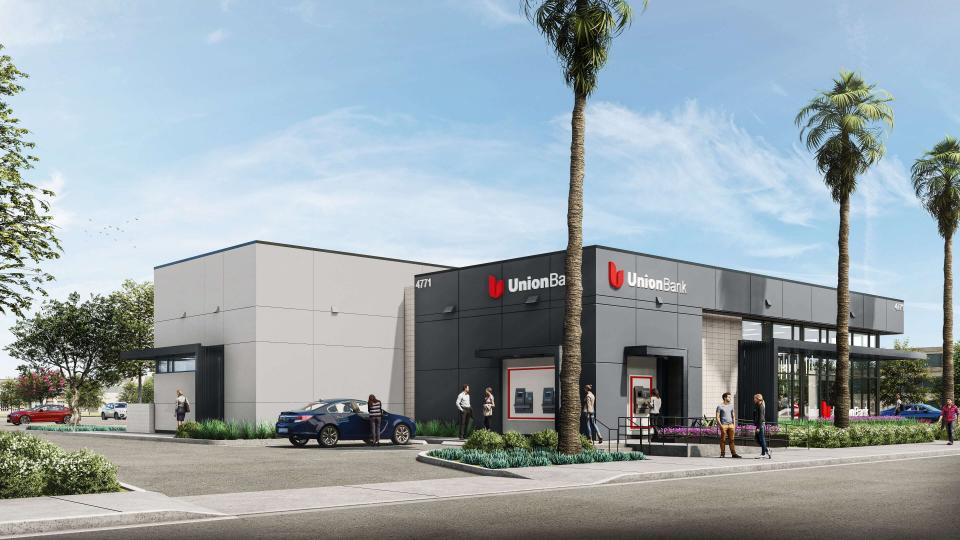 With sustainability in mind, the new branch will feature EV car charging stations outside for the La Mesa community to use, as well as drought-tolerant landscaping and low-water-use irrigation system. The building has also been designed to comply with Cal Green code, which is focused on improving public health, safety and general welfare by enhancing the design and construction with the use of concepts and products that have a positive impact on the environment.

Many of the materials used for the branch will have recycled content, and Union Bank will work with vendors who share its commitment to sustainability.

In addition to the physical rebuilding of the branch, the groundbreaking also symbolizes what it means to build a brighter future in a post-COVID environment.

Union Bank has a rich, 155-plus year history of serving West Coast communities and the small businesses that support them. The bank remains deeply committed to helping the community secure the financial support it needs until it can recover from this unprecedented global health crisis.

Through the bank’s ongoing $10 million Community Recovery Program and other initiatives, Union Bank is seeking to address and serve those in our local communities who have been historically marginalized, in order to uplift them and provide critical economic stability and the tools to succeed moving forward.